These Limited Gold edition 1200s (110v) belong to Republiq (Club). Before that, they were used first in Temple Bar, Greenbelt (from 2002), Embassy Superclub (2004-2010), Republiq (2010-2012). Unfortunately, the condition was so severe and so many parts had to be replaced. The power supplies were also busted as well as the drive ICs because they were plugged into a 220v outlet.


As I finished cleaning the platter and repainted the dots, I started to reface them. Unfortunately, the gold/chrome platting had peeled off. I had worked on a pair of Limited Gold edition before with almost the same condition but never experienced anything like this. On close up pictures, you will see that the aluminum diecast metal had also been affected by the corrosion. Powdery white substance can also be seen as a result of the reaction. Some parts of the platter's upper & lower lips and dots were eaten by the corrosion.

The platting on the start/stop and 33/45 button have also been chipped. So I replaced both platters and start/stop, 33/45 assemblies with non-platted parts. Some of the gold platting on the pop-up lamp canister and strobe canister, have also tarnished and faded so there was nothing more I could do to save them unless have them chromed and electro-platted again which will cost a lot. 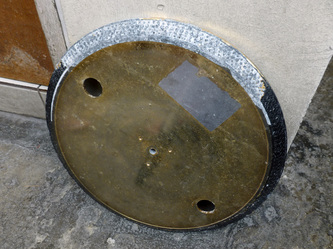 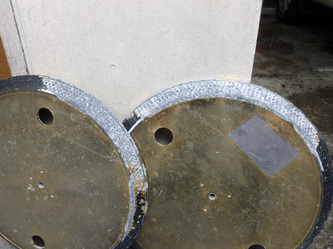 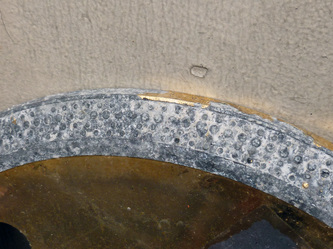 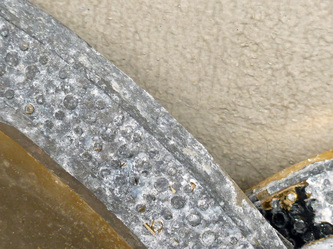 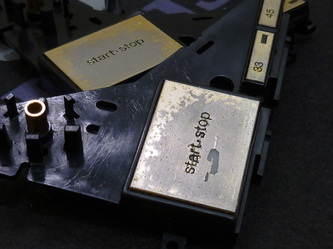 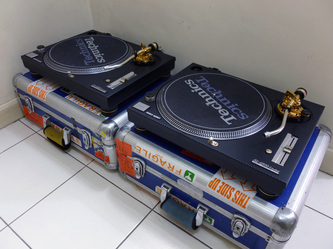 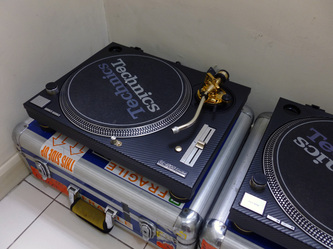 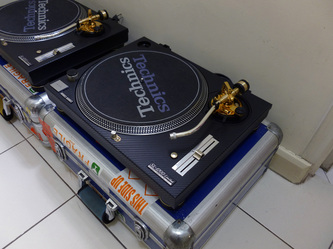 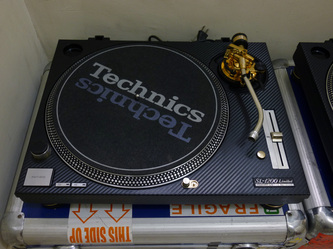 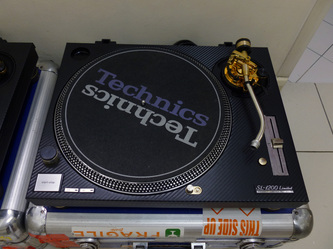 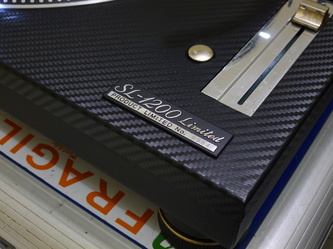 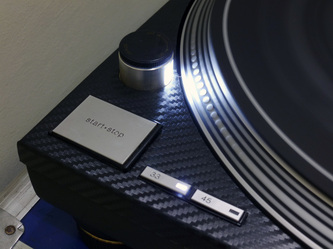 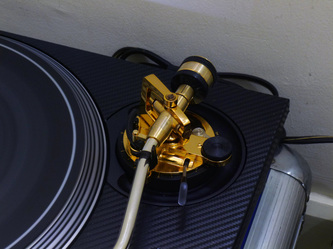 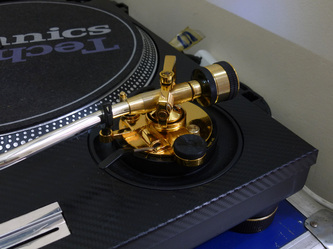 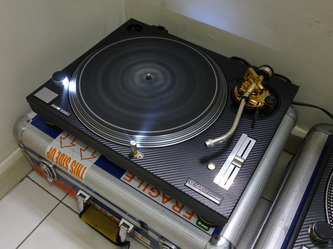 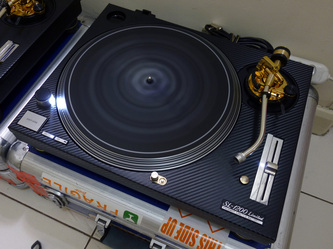 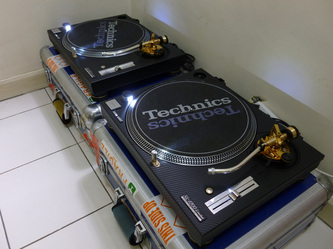 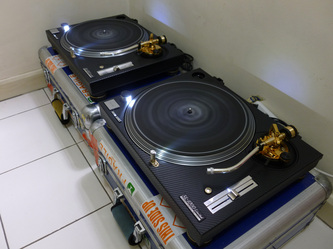